About Us | CAG Staff | Jeff Galvan 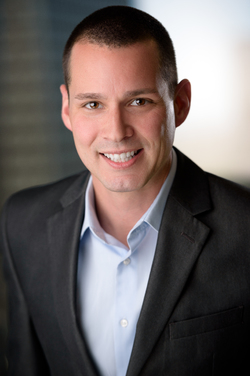 Jeff Galvin can trace his passion for real estate back to his days as a high school student in Whittier, California, when he had the idea to obtain a real estate license. He did so as soon as he turned 18, and began a small residential real estate company that he kept up through college.

Since joining CAG in 2015, Jeff’s logistics-forward approach has led him to do retail, office, and industrial sales and leases with a diverse slate of businesses such as Baskin Robbins, Reliable Liquid Transport, U Break I Fix, Weinerschnitzel, State Farm, SiHo Corp., Farmers Insurance, and H&R Block. Jeff’s commitment to client-focused work has lead him to specialize a great deal in  the South Bay and east Los Angeles County, including Inglewood and Hawthorne.

Previously, Jeff spent eight years with Coldwell Banker Commercial, working in the sale and leasing of industrial warehouse, and trucking and transit terminals.

He has a degree in philosophy with an emphasis in business from Whittier College, and lives in West Hills with wife his and three young daughters. Jeff is a member of the Viking charity league, and co-owner of With Love, Market and Cafe, an inner-city space aimed at providing the community with healthy food, jobs, and education.